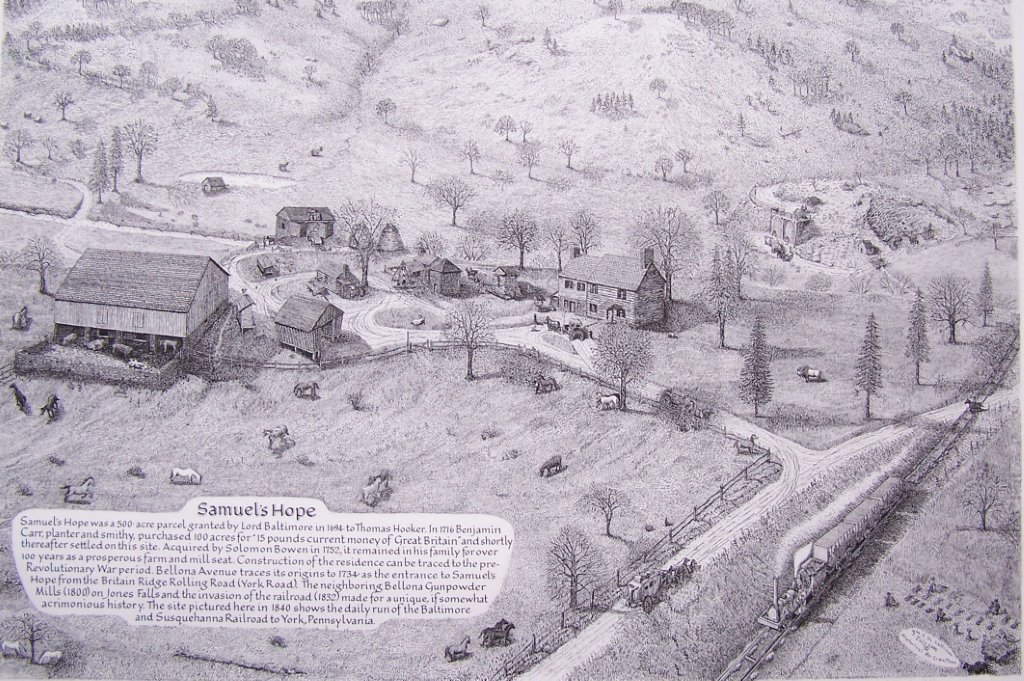 Samuel’s Hope was a 500-acre parcel granted by Lord Baltimore in 1694 to Thomas Hooker. In 1716 Benjamin Carr, planter and smithy, purchased 100 acres for “15 pounds current money of Great Britain” and shortly thereafter settled on this site. Acquired by Solomon Bowen in 1752, it remained in his family for over 100 years as a prosperous farm and mill seat. Construction of the residence can be traced to the pre-Revolutionary War period. Bellona Avenue traces its origins to 1734 as the entrance to Samuel’s Hope from the Britain Ridge Rolling Road (York Road). The neighboring Bellona Gunpowder Mills (1800) on Jones Falls and the invasion of the railroad (1832) made for a unique, if somewhat acrimonious history. The site pictured here in 1840 shows the daily run of the Baltimore and Susquehanna Railroad to York, Pennsylvania.