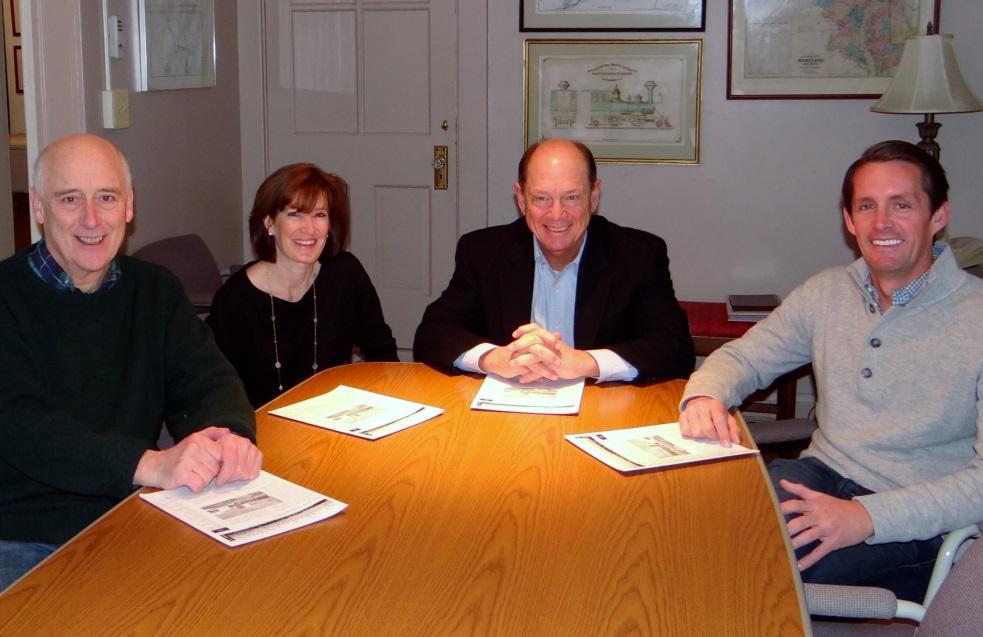 At its October 29, meeting, the Greater Ruxton Area Foundation elected a new leadership team from its existing Board of Trustees. This comes on the heels of Joseph M. Coale not standing for reelection after years of service in that position. He will remain on the board as Secretary. The new president is Thomas Weadock, life time resident of Ruxton, and noted for his past community service. Elected Vice President is James Knott who also was raised here. These two join Sibley Classen, who was elected Treasurer earlier in 2014.

Aggressively pursuing the preservation and beautification mission will continue with the active support of an increasing number of residents. The Bellona corridor, community gardens, and restoration of vacant land historic sites will be the focus of the Foundations efforts.

The Foundation also announced the election of John Lalley to the board. A long time Ruxton resident, John is noted for his green thumb and will coordinate the expansion and maintenance of the community gardens and Bellona corridor. John takes the position held by David Meese who now retires. David has been a passionate supporter of the Foundation and we thank him for his years of service.

At the January 14, 2015 meeting Treasurer Sibley Classen reported that for 2014 the Foundation received $51,000 in contributions from 245 residents. In reporting these results, she said, “The fall campaign by any measure was successful and showed increasing community support for the beautification and preservation mission. With broad community support we are making a difference.”

In September the Foundation sponsored a major donor appreciation reception at the home of Leigh Hall Samuel’s Hope circa 1740. Our special guest was Rodney Little, Director of the Maryland Historical Trust. The event was blessed with excellent weather and impressive turnout of “community patriots”.

The Foundation website is attracting the interest of several hundred inquiries every month and all are encouraged to check it for historic photographs, latest news on Foundation projects, contributors and future plans.