First, our deepest appreciation and thanks to our gracious hostess Leigh Hall for allowing us to visit this epic center of local history.

May I also acknowledge our board that has been loyal and generous with their time and cash flow in sponsoring this even. Especially the ladies: Kimberly Warren, Kathy Mountcastle and Barbara Guarnieri.

Most of all, on behalf of the Board, thank you, our major donors, for supporting our preservation & beautification mission with your spirit and dollars.

If you are not a major donor and wonder why you are here it’s because we think you have potential.

You have heard a lot about the War of 1812 and I know how much you are looking forward to my two-hour presentation on this important chapter in American and local history.

However, this evening we will simply recognize our community’s role with our predecessors being called to militia duty in August and September 1814 to cover the northern approaches to the city.

Most of our people spent three weeks at Cockeysville near the current site of Valley Motors. About all that was there at the time was the Wise Tavern lost to the demo ball a few years ago.

One local resident when discharged at the Baltimore City barracks was paid the magnificent sum of $15.60 for his 20 days of service…… which barely covered his tab at the Tavern.

Can you imagine if the British had decided to outflank fortified Hampstead Hill (Patterson Park) and come down York Road? Our local farmers would have met Red Coats with plow horses and squirrel guns. Good luck!

And it could have happened right here in this very valley. Chief supplier for Fort McHenry was the Bellona Gun Powder Mills. The site would have been a juicy prize on their march into the city.

For some reason gunpowder works to the British were like a piece of tenderloin to a hungry dog. They loved to blow them up wherever the opportunity presented itself. Such an event would surely have shaken downtown and broadcast a very unsettling announcement of the enemy’s arrival.

Fortunately, our gallant troops to the east held their ground and the British retreated. The celebrations in town that night, as the King’s navy and marines, prepared to sail back down the Chesapeake, must have been almost as dangerous as if the enemy had been victorious.

Some of us can recall Andy Rooney of 60 Minutes fame describing Paris the night it was liberated in 1944. Even that night in 1944 had to have been tame in comparison to the happenings in B-town.

Discretion and decorum will be invoked to spare you from any salacious details.

Commanding the Baltimore County Militia was our own Col. Nicholas Ruxton Moore whose farm occupied 350 acres from the Roland Run stream to Falls Road north of Jones Falls. At the ripe old age of 58, the colonel took to the field again as he had in the Revolution and the Whiskey Rebellion.

We are at one such basic element here at this preserved site home. This is in the extreme northwest corner of the rectangular 500 acre grant of 1694 to Thomas Hooker.

It soon passed to Benjamin Bowen, Sr. His sons, Benjamin Jr. and Solomon established their plantations here in the 1730’s. Benjamin Jr.’s house stood on the GBMC property but was lost after a noble effort to save it a couple of years ago.

The origins of Bellona Avenue can be traced to the entrance to their plantations from the Britain Ridge Rolling Road now York Road.

If we think our times are tough, consider the plight of Solomon who lived here. As a young man he faced the placement of a volatile gunpowder facility in what amounted to his front yard and then a few years later, the dangerous, incendiary railroad was cut through his lawn that had stretched down to the Jones Fall. And all this without compensation. Zoning? Forget it. He died the following year…. no wonder.

Thank you for supporting the Ruxton Foundation where you can see actual results of your generosity every day and that’s a nice feeling. We’ve all made a commitment to preserve and pass along a unique and colorful community to those who come after us.

I would like to thank Rodney Little, the state’s director of historic preservation, for being with us this evening as we recognize the Foundation’s mission to save a little of our local culture under siege. He will say a few words.

I have known Rodney since 1978. He’s Maryland’s preservation secret weapon. 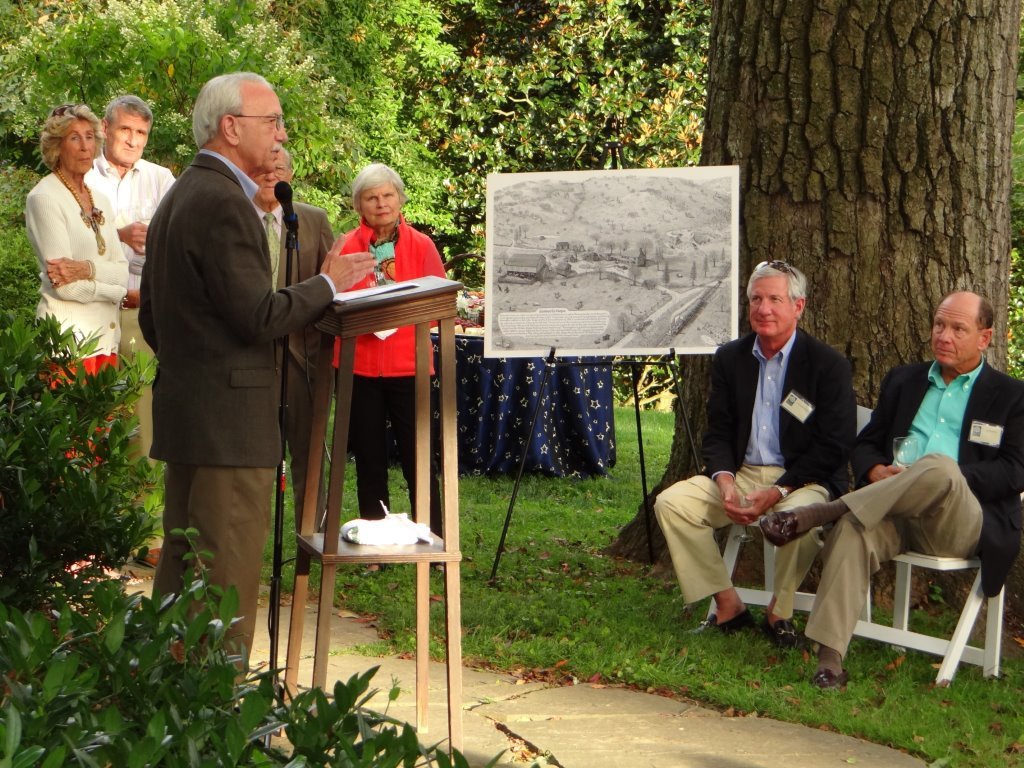 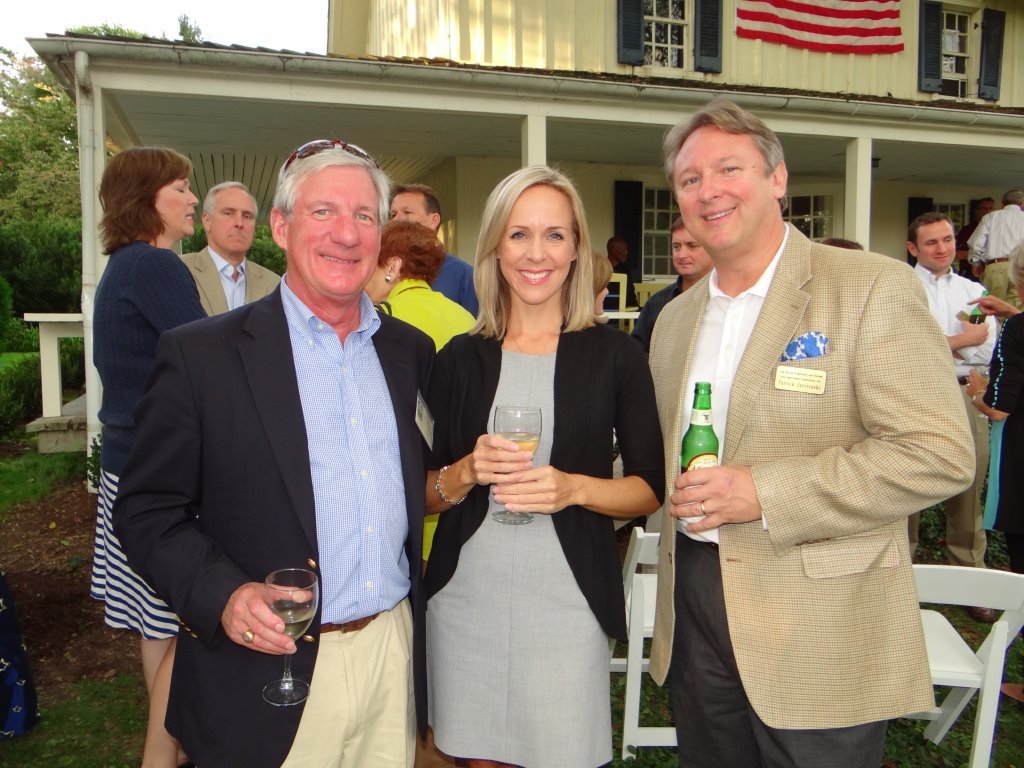